Today I created a thank you card which was inspired by the autumn theme. I incorporated the purple hues to support the hop to stop which is an initiative to create awareness about domestic violence.

Here are a few pictures of my card: 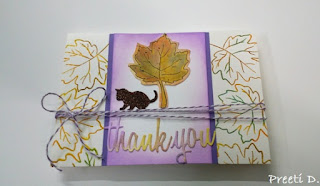 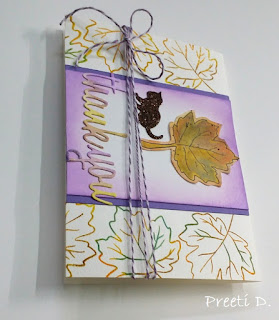 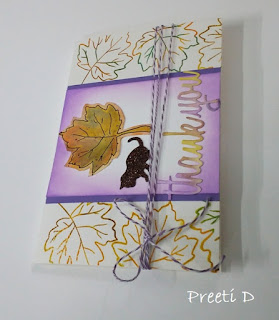 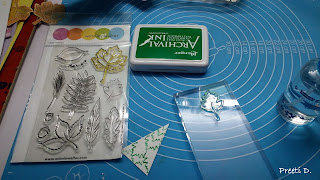 I was playing along with the Winnie & Walter Rerun #15 and since I did not have the It's a Wonderful Pennant Stamp set I decided to do my take on one of the projects made by the DT. So I was inspired by the card made by Heather Hoffman. Here is a picture of her beautiful creation. 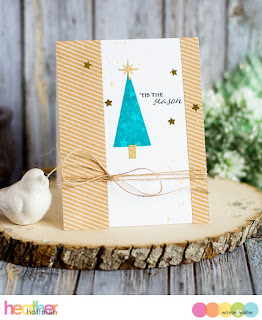 I was inspired by the general design of Heather's card so I tried to replicate it by having patterns on the two sides and a panel in the middle with the focal image(s) and sentiment, also the use of the twine. I replaced Heather's tree with a leaf (they both look kind of triangular). I used a white A2 sized card base and stamped one of the leaves from the Winnie & Walter In Bloom: Renee's Leaves Stamp set on the 2 sides of the card base. I colored the stamp (with colors of autumn) using distress ink pads (mustard seed, vintage photo, spiced marmalade, evergreen bough and forest moss). I stamped and colored one of the leaves from the same stamp set using zig brush markers and koi water brush. I splattered it with some black ink from a black marker. Then I fussy cut the image. The central panel was made using a white CS trimmed to the apt size and then distressed with Wilted Violet ink. This panel was pasted onto a slightly larger piece of purple CS. The Thank You sentiment is a die cut from the Sizzix Celebration Script Words Die set which is colored with mustard seed and wilted violet distress ink. In the end I tied the baker's twine and added the glittery cat for the pizzazz! Other supplies and tools used include silicone glue, ranger's round blending tool and foams, sizzix big shot plus, scissors, spray bottle and kraft mat.

I am playing along with the following challenges: 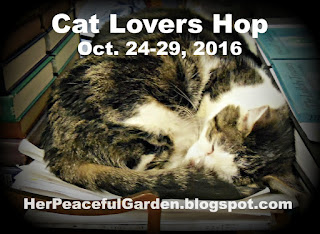 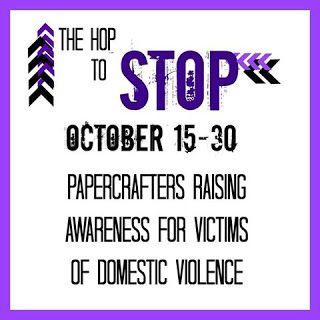 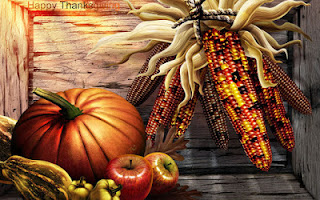 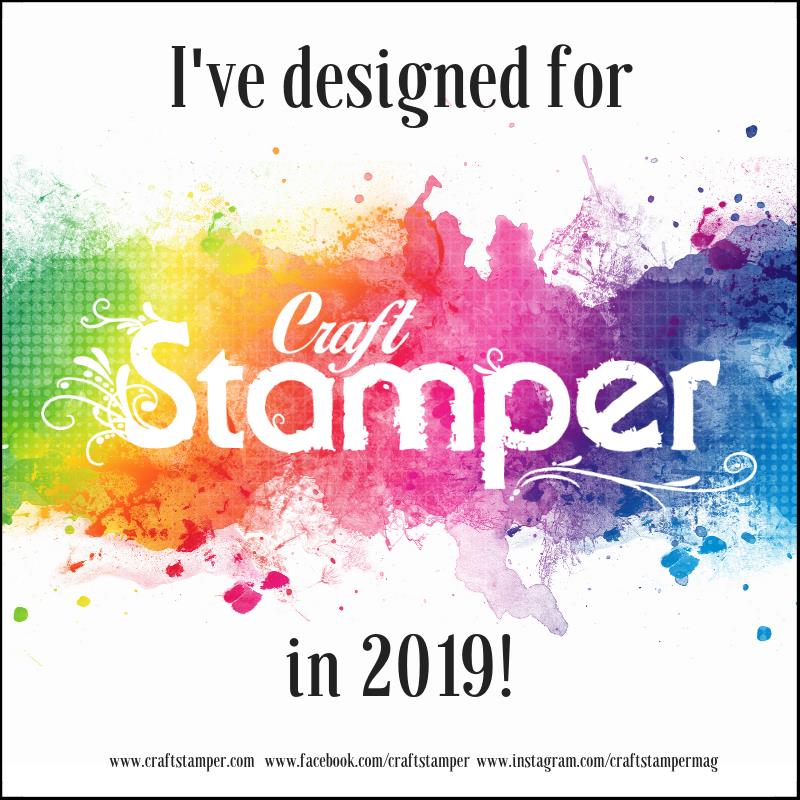 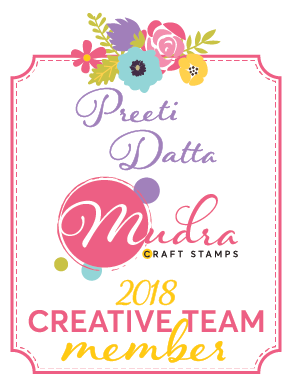 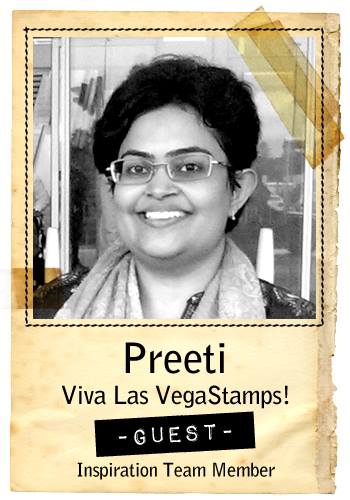 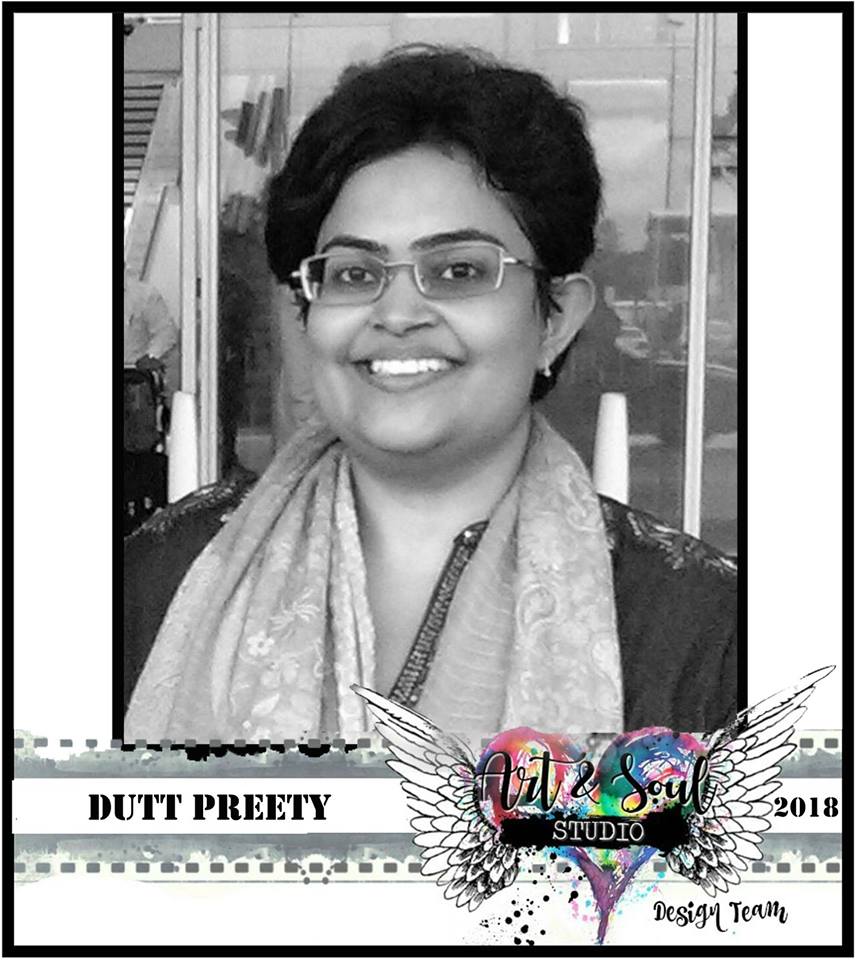 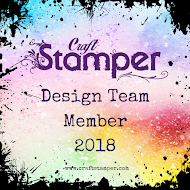 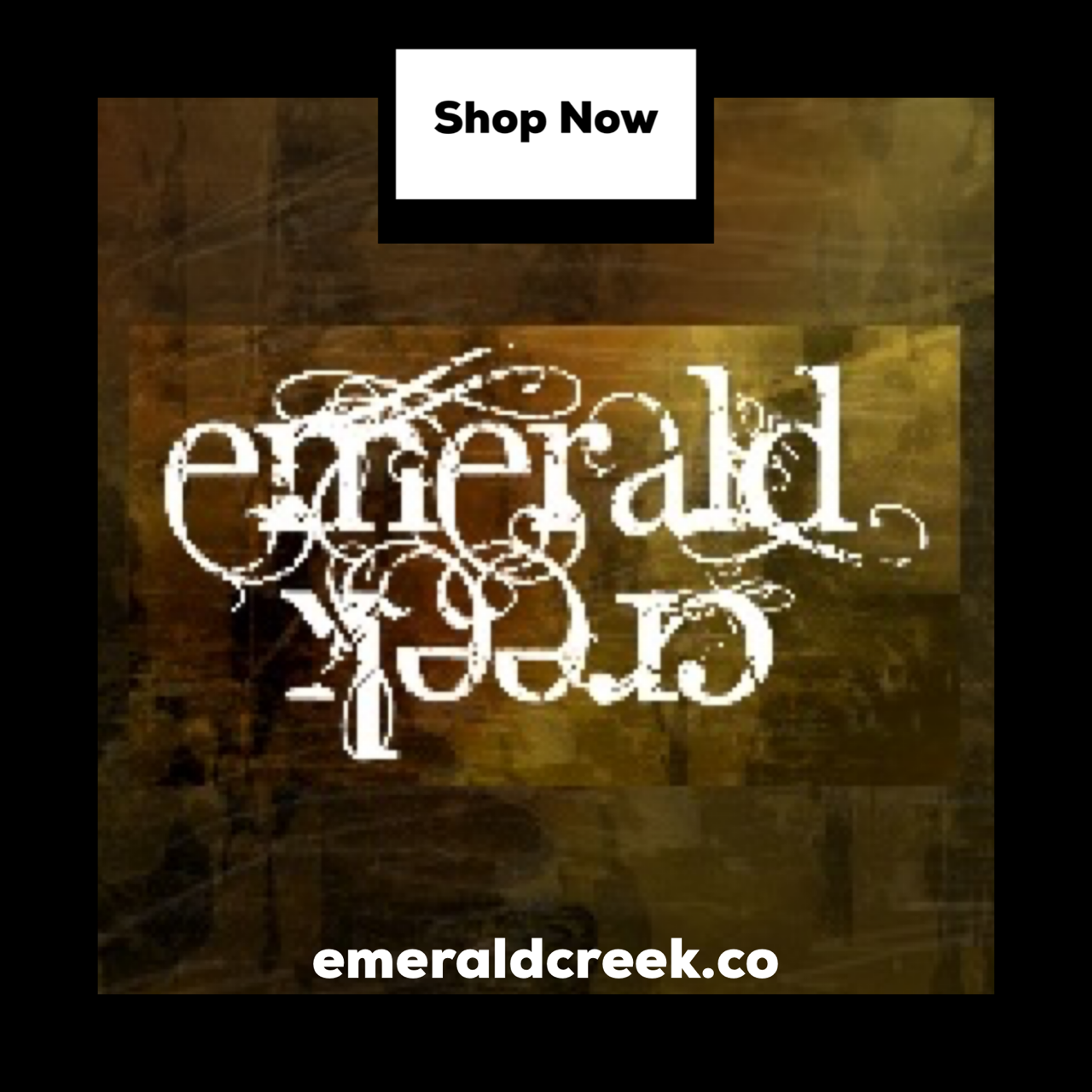 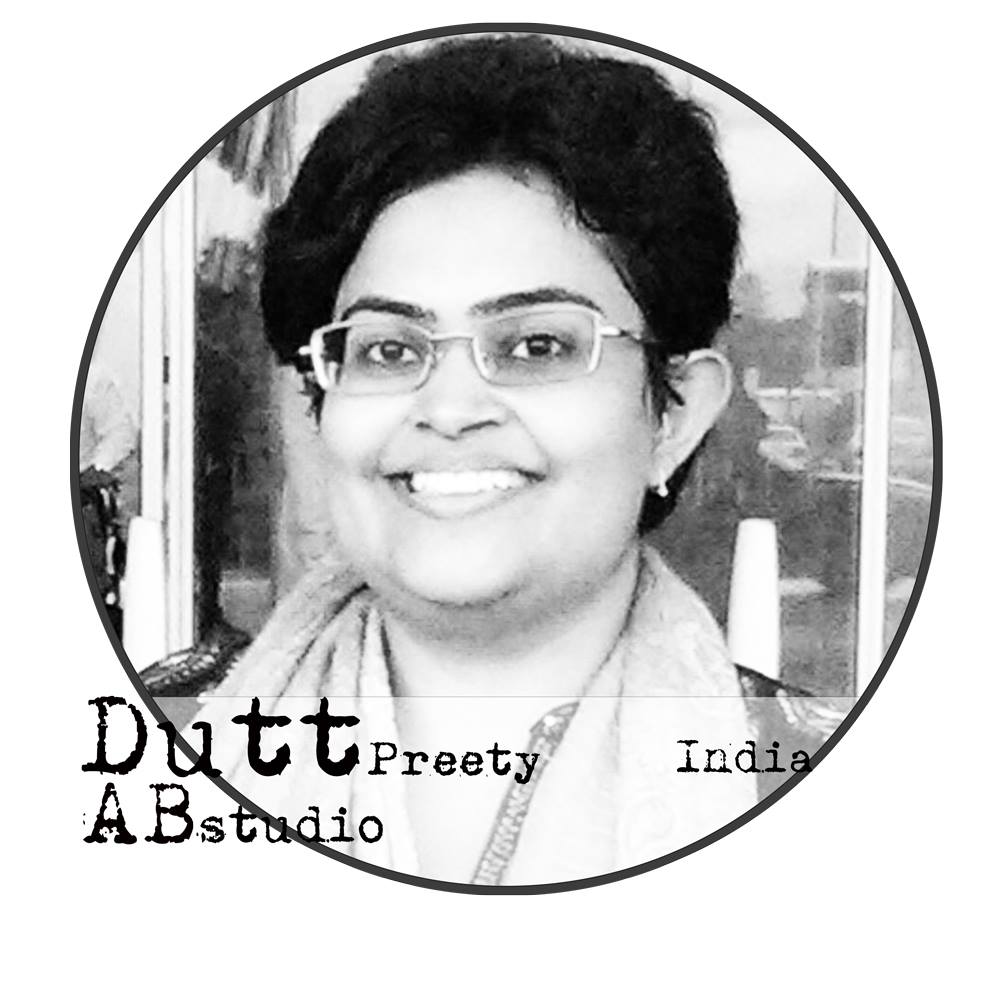 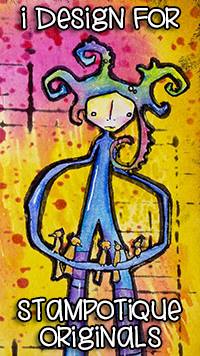 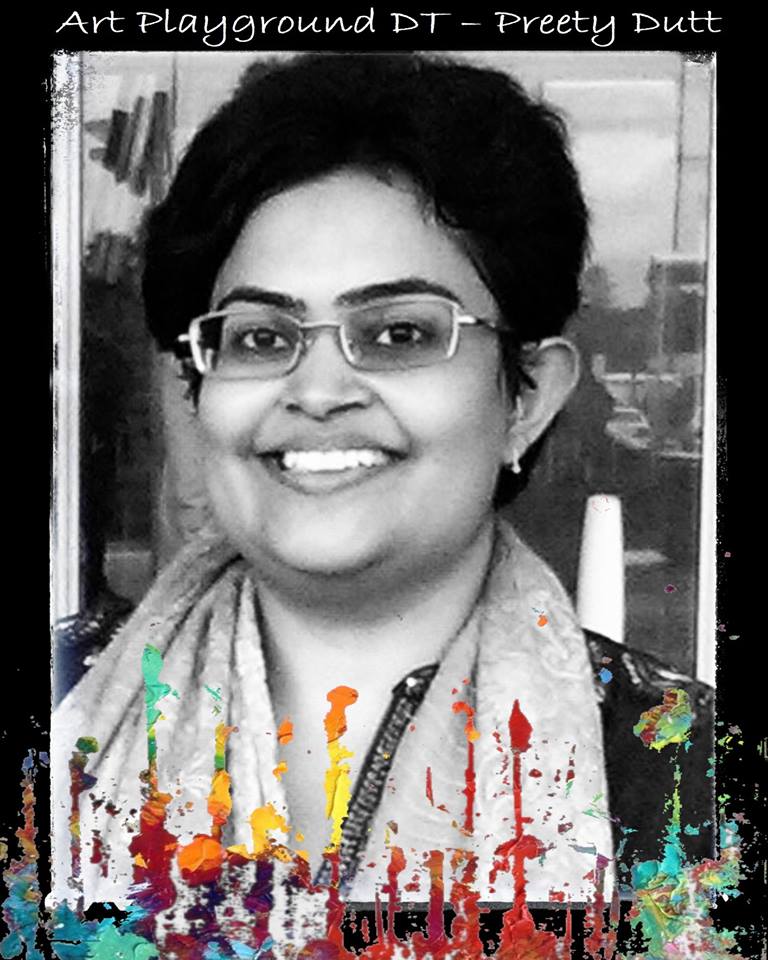 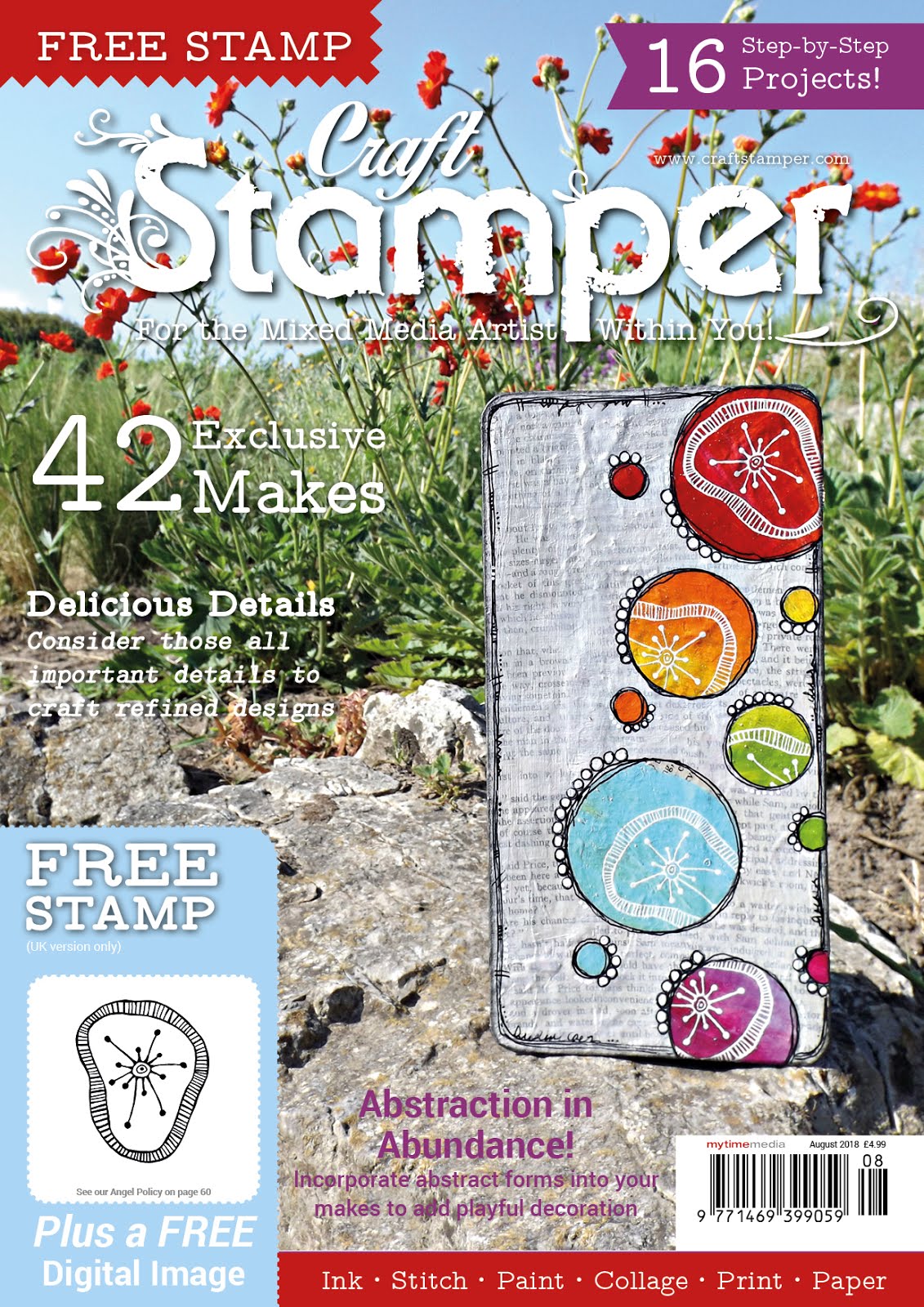 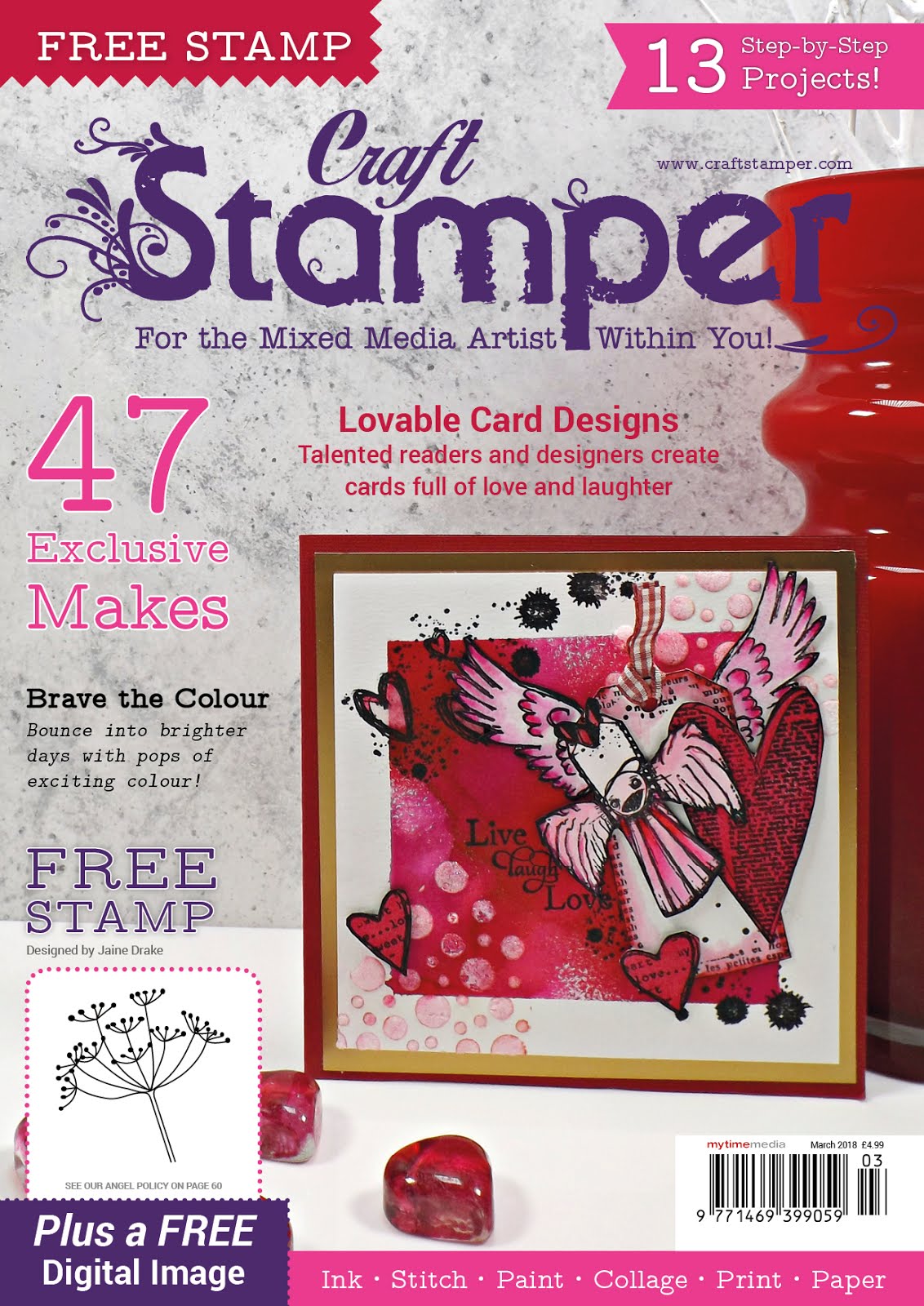 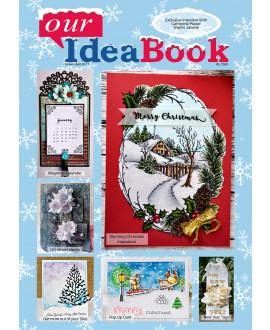 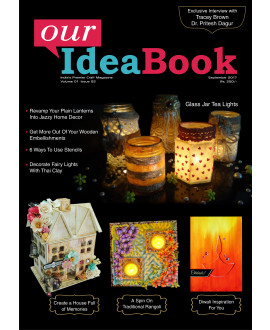 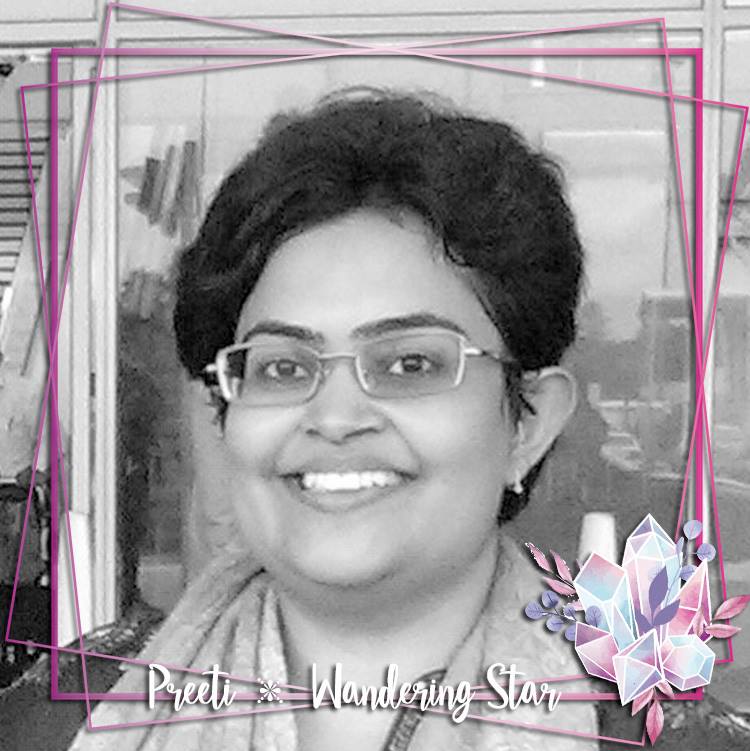 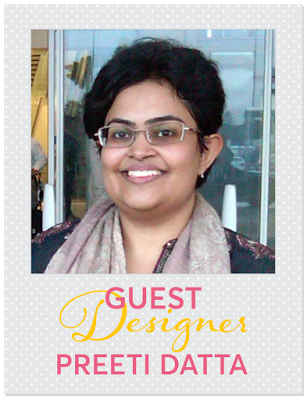 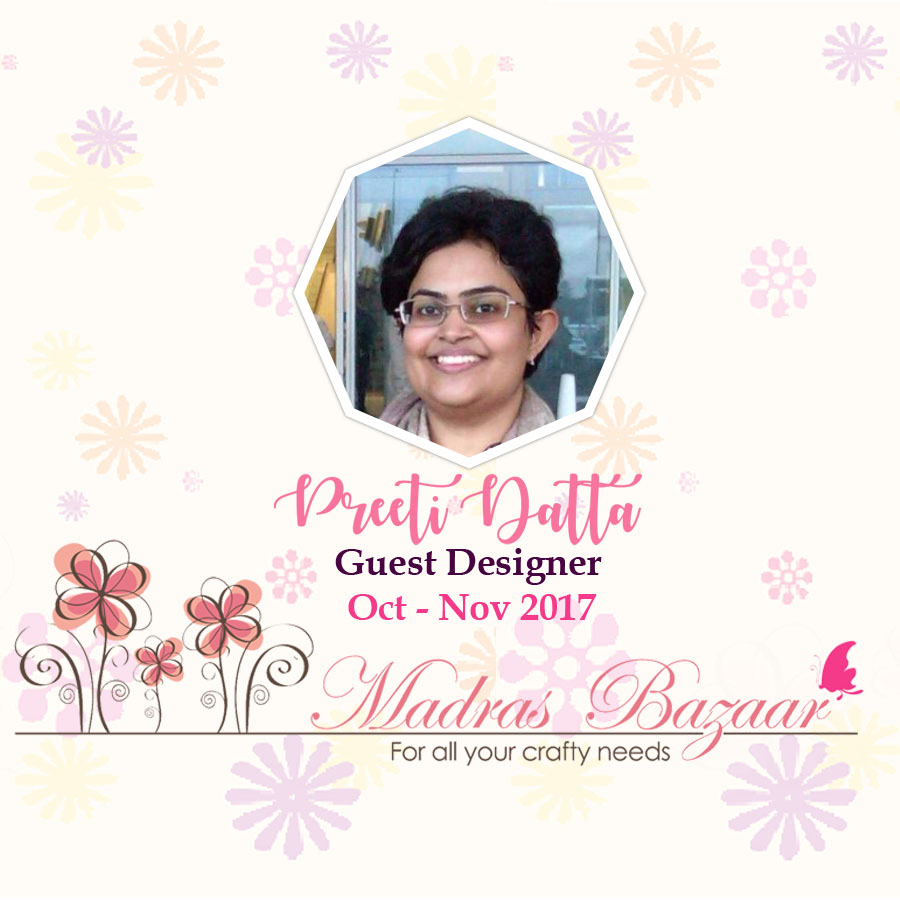 I Guest Designed for: 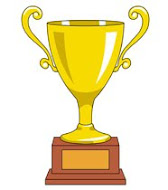 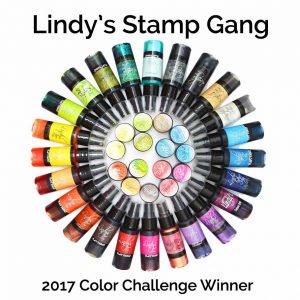 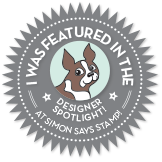 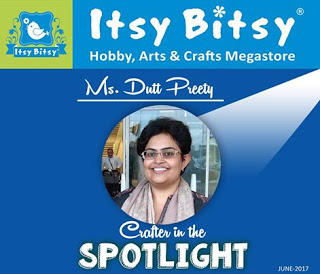 Spotted on Social Media by: